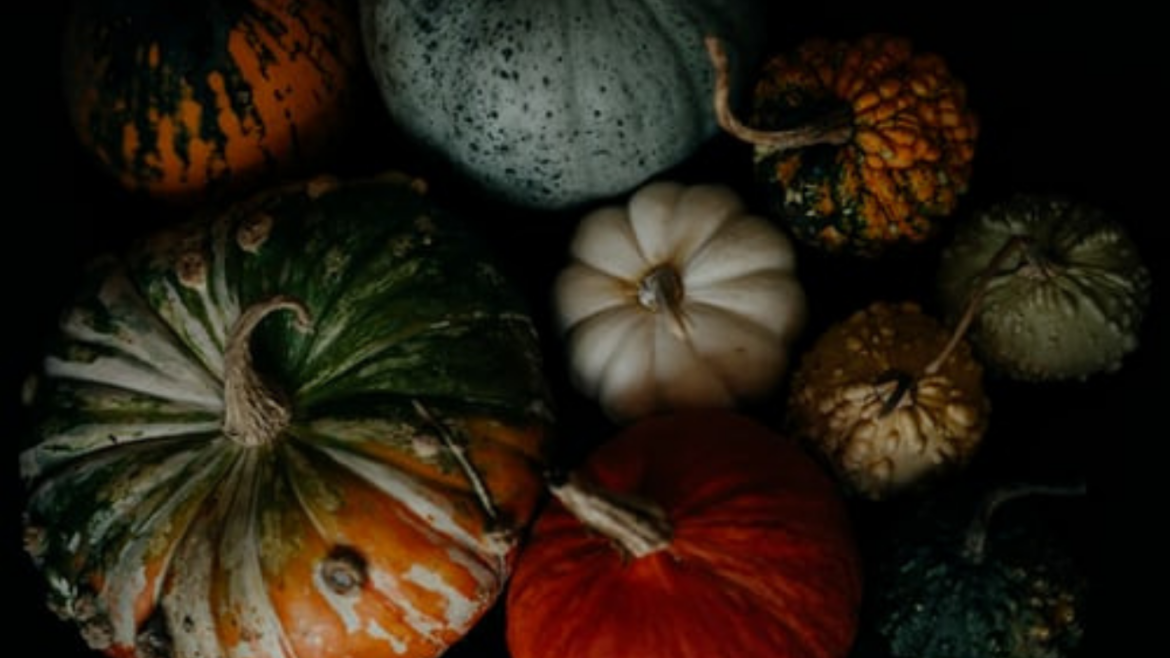 If you’re planning on growing a pumpkin patch come fall, what you’ll need is a gourd patch. Gourds are used in all sorts of ways from food to crafts, but they can also be grown as ornamental plants for their interesting shapes, colors and textures. In fact, the formal name for any plant grown for its decorative purposes is “ornamental.”

Here are some types of gourds that have been adopted by growers over the years:

The vines of this type grow extremely fast and produce large bottle-shaped fruit that sometimes grow to over 100 pounds. They’re only available fresh at certain times of the year so most people use them dried or pickled.

The white cucuzzi gourd is a tropical vine that has been grown in the southern United States for over 100 years. While it does produce fruit, most people grow them as ornamental plants. Because of their interesting striped or mottled colors and warty skin texture. They grow well indoors and on porches and patios and can be stored for over six months if kept dry.

Most gardeners call this one a “mini pumpkin,” but botanically it’s what’s called a “patio squash.” It does not need to be supported by anything so they’re often grown on the ground and harvested when they’re small. They’re also sweeter, less stringy and more flavorful than what is found in grocery stores.

This gourd looks like a cucumber on steroids. It has very warty skin and it sometimes produces tendrils like the long bottle gourd, but it grows faster and produces quicker. Like white cucuzzi gourds, most people grow them for ornamental purposes. Because their flesh is too thin to be eaten fresh. However, if picked young, this type of gourd can be used in some recipes that call for zucchini or yellow squash. Just as you would any other summer squash.

The bottle gourd plant is an extremely vigorous, heavy and long-lived vine and needs a trellis to grow up. It can produce fruit as big as six feet in length and three inches wide, but what it’s most famous for are the bottles that people make from them. Once they’re dried out, you can drill holes into them to make flutes or whistles or use them as coolers (called “bota bags”).

Sometimes called a vase, bottle or decoy gourd, these have been grown specifically for their ornamental value for at least 3,000 years. While right now they mostly come in green or brown, over the millennia different civilizations have grown bottle gourds in every color of the rainbow from white to orange to pink and blue. In fact, it’s believed that what we refer to today as “Indian corn” is actually a reference to an earlier type of bottle gourd called Indian cucuzzi or cyprus corn.

The dipper gourd plant is another extremely vigorous vine and it produces interesting, long pods with a rounded end on one side and a narrow opening on the other. While they’re primarily grown for their fruit which can be carved out so people can dip into what ever they want (hence its name), what most people don’t know is that you can grind what’s left (the seed part) into what’s called gourd flour. Homemade gourd flour is actually gluten-free and, mixed with wheat flour, it makes an excellent substitute for people who are sensitive to gluten or wheat allergies.

The name says it all. This type of bottle gourd plant grows extremely fast until the vines become so heavy they fall over onto the ground. Once they do this, their tendrils become what’s called “spent” which means that they no longer produce fruit. Instead what you do is send them back up to vertical support so they can grow even faster than before and sometimes reach 15 feet in just two weeks! However, what you get after the fruit is gone are these interesting bottle-shaped gourds that look like corn. They actually act like ears of corn too because what’s inside them can be ground into what’s called “gourd meal” which tastes amazing when mixed with corn meal to make what’s called “gourd bread.”

This one is also known as a dipper or celery gourd because, just like what people do with dipper gourds, they use it for dipping into whatever they want. It looks similar to white cucuzzi except its skin isn’t warty and tends to be more cylindrical in shape. While both types are edible fresh, white lagenarias tend to be sweeter and less stringy than what’s found in grocery stores.

Also known as the long cucuzzi or African gourd, this type of plant can grow up to 50 feet in height and produce fruit over two feet long. However, what makes it interesting is that the skin on the outside isn’t covered with warts like other types of bottle gourds but instead has what look like white stripes. People dry them out and then drill holes into them for what’s called “thumb pianos” (also referred to as a maranka) which are flutes used by musicians in Africa and Asia to make music not only at weddings and funerals but also at what’s called “fish breaks” where people gather after going fishing and play music to relax.

As its name suggests, this type of gourd is the smallest on the list and also has what looks like thin skin that can be eaten. However, what makes it different than all other types of gourds is taxonomists argue isn’t actually a pumpkin) are what’s called vining flowers with what looks like petals instead of what most other vines have which are yellow-green in color. What makes these interesting is they’re self-sterile which means they need bee pollination to produce fruit (which is what makes them pumpkins).

This type of gourd looks like smooth skin except what makes it different is what’s inside. Most other types of gourds have fruit that’s soft and white. Whereas what’s inside the moschata is actually what those in the food industry call “green meat” which means it tastes very much like green bell pepper. When you cook with it. In fact, what they’re most known for are their leaves that can be used as wrappers to make called tamales. A Mexican dish where cornmeal dough is stuffed with different ingredients. Such as cheese, potatoes, meat, chicken or fish and then steamed.

The luffa plant is what’s called a fiber gourd. It’s a long, thin and hollow fruit that people dry out and then use as what’s called “sponges”. The outside of the luffa fruit has what looks like green stripes with yellow edges. This is because it contains lots of chlorophyll to protect itself from exposure to ultraviolet radiation. These radiations may cause its leaves to lose their nutrients. Because ultraviolet radiation isn’t good for plants’ photosynthesis (which means they need sun exposure).

This type of gourd typically doesn’t produce fruit but instead forms what looks like flowers on vines all over its body. Because it produces “ornamental fruit” that people do with what it has inside. They are different flowers such as marigolds, zinnias and daisies.

The name for this gourd comes from ancient Greek and means “bottle”. What makes them unique (and what differs them from other types of gourds) is their hard exterior. That contains what looks like pockets that can be used to hold things such as money, strings or necklaces. It is because its interior isn’t fleshy like other types of gourds but instead consists of a type of fiber similar to cotton candy (but not as sweet). People dry what’s inside these what they call “calabashes” and not only use them for what’s called “bottles”.

What are gourds used for?

people often use them to decorate “fall and Halloween wreaths,”. People in the United States and Europe put up in front of their homes at “Halloween”. (A pagan holiday that originally took place on what we call “Samhain,” a festival observed by many neopagans). With fruits like pumpkins, squash and ornamental gourds hanging from their gates.

in Africa and Asia, people not only make flutes out of small calabash but also partially carve what they call “liongongs,” which is what’s called a type of gong.

what’s inside what calabash is what’s called “green meat” which makes it what people call a “vegetable” and what they use to make what’s called “casseroles.” The way people remove what’s inside is either by using what they call “calipers” to remove the pulp or by mixing water with lye (which is what scientists often use to break down proteins) to dissolve the fruit until only what remains are fibers that can be used for things like making baskets, ropes or mats out of.

Once cleaned out, people dry what’s leftover in order to get rid of any toxins that might have been in them during its growing stages because once dried what’s inside what calabash can either be what people call “soups” or what they use to make what’s called “vegetable broths.”

Finally, one more thing what you need to know

Gourds aren’t native to what we call the North American continent but instead come from what we call Central and South America and were first introduced by Europeans more than 400 years ago. However, some species of gourd such as what we’ve just talked about  Lagenaria Vulgaris are native to Africa and Asia as well as the Caribbean Islands such as Cuba, Jamaica and Brazil.